Industry Thought Leaders – How We Use Industry Champions

Thought leadership is the expression of ideas that demonstrate expertise in a particular field, area, or topic. Thought leaders can be used to build market share by demonstrating our industry as the leaders in excellence. It can be used to create culture changes in the industry as we move to ever improving excellence in the skills and attitude of our people. It can also be used to shape organizational change. However it is used, it takes dedication, patience, strategy, and education to be done successfully. Learn from experts how to effectively use thought leaders. 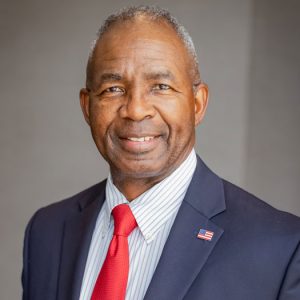 Lt. Gen. Ronald Bailey is a national leader who joined NECA as Vice President, Industry Development, in 2020. At NECA, he is working on creating executive training programs, expanding the scope of workforce development, implementing diversity strategies, creating partnerships with institutions of higher learning, and leading the charge on recruitment programs that bring new, skilled workers into the industry. This includes a focus on recruiting ex-military personnel to NECA member companies and various Chapter positions.

At his alma mater, Austin Peay State University, Bailey was a student athlete and member of the ROTC program. He graduated from the University in 1977 with a degree in biology. He was a varsity member of the football team, and he turned the skills he learned at Austin Peay into a distinguished career in the U.S. Marine Corps.

In October 1979, he was assigned to Marine Corps Recruit Depot, Parris Island, South Carolina, as a Series Commander, Battalion S-3 and Commanding Officer of Company F, 2d Recruit Training Battalion. During this tour, he earned a masters degree in business management and administration from Webster University.

In June 2013, Bailey was promoted to Lieutenant General and assigned to Headquarters Marine Corps as the Deputy Commandant for Plans, Policies, and Operations, where he served as the top Marine responsible for guiding deployment plans and force-structure policies. He also served as the advocate for the service’s ground combat element, acting as a liaison between Marines carrying out missions worldwide and the leaders planning them in the Pentagon.

Bailey went on to be the first African-American to command the 1st Marine Division where he oversaw more than 25,000 Marine and Sailors.

“Leadership is about influence and relationships – relationships with the American people,” Bailey said, while serving as commanding general of the Marine Corps Recruit Depot in San Diego, “Our nation’s citizens expect us to be America’s expeditionary force in readiness committed to their protection at home and abroad; we will honor that expectation with the professional and empathetic execution of our mission within their communities nationwide.”

Bailey retired from the U.S. Marine Corps after 40 years of service, on September 1, 2017. Prior to joining NECA, he served as Vice President of External Affairs at Austin Peay, where he was responsible for Public Relations, Marketing, Advancement, Strategic Planning, as well as acting as President of the Foundation for the university.