JATC Best Practices for Meeting Training Needs of the Future 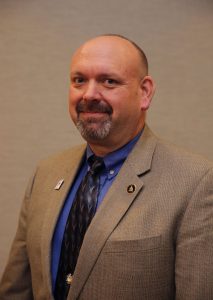 Michael Harris first started working in a sheet metal shop as a summer job at age 16. After spending a year in college, he began working full time as a sheet metal worker at the Tarpenning & LaFollette Co., a custom metal fabrication shop where his father worked. A few years after starting in the sheet metal trade, he entered the Sheet Metal Workers Local No. 20’s apprenticeship program in Indianapolis, IN.

Harris began teaching night classes part time at the training center when he was still an apprentice and took on the role as full-time instructor a year after becoming a journeyman. He took over as director of training for the state-wide local union in 2000. Harris holds Bachelor of Arts degrees in Labor Studies and Labor Education from the National Labor college.

With a welding background and leadership qualities, Harris began his career with the International Training Institute as a full-time welding assessor and QA Manager in 2005 and in 2009 took on the role of program administrator and on January 1, 2022 he was promoted to the administrator’s position and is responsible for managing the day to day operations of the fund. 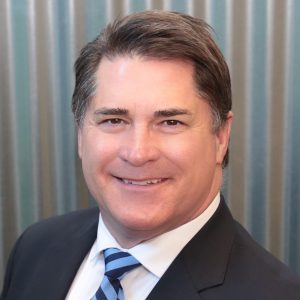 Dan McCallum is the Executive Director of the International Training Institute (iTi), National Energy Management Institute Committee (NEMIC), National Energy Management Institute, Inc. (NEMI), and the Sheet Metal Occupational Institute Trust (SMOHIT) funds. These not-for-profit organizations are jointly funded and managed by the International Association of Sheet Metal, Air, Rail, and Transportation Workers (SMART) and the Sheet Metal and Air Conditioning Contractors’ National Association (SMACNA). Dan works with the Administrators and staff of the ITI, NEMIC-NEMI, and SMOHIT Funds, to ensure that the directives, goals, and initiatives of each of the organizations are consistent with those of the Fund’s Labor/Management Co-Chairs, Trustees, and Board of Directors.

In 1989, Dan graduated from his 4-year Sheet Metal Apprenticeship with SMART Sheet Metal Workers Union #19 – Central Pennsylvania. During his 37-year career in the sheet metal industry. Dan served as iTi’s Architectural Specialist and member of its field staff from June 2016 to April 2020. From September 1991 to June 2016, he proudly served as the Vice-President of the Warko Group a SMACNA Contractor that is headquartered in Reading, Pa. Dan also served as a Management Trustee on Local Union #19 Central Pennsylvania’s JATC and Labor & Industry committees from 2008 to 2016.